ANCIENT ORIGINS. Bed bugs have been biting people since the beginning of recorded time. Studies suggest the bugs first parasitized bats and then humans inhabiting the same caves in the Mediterranean region where civilization began. Most likely, relations between bugs and people were intermittent back then since hunters and herdsmen moved around a lot, making it harder for bed bugs to become established.

Life became easier for the bed dwellers with the formation of villages and cities. Fossilized bed bugs have been unearthed from archaeological sites dating back more than 3,500 years — a time when they were considered both pest and potion. The Egyptians, for example, drank a bed bug cocktail as a cure for snakebite. 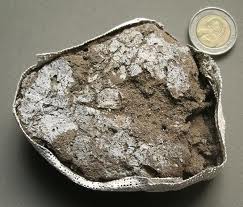 In a cave in South Africa, archaeologists discovered the layered remains of ancient mattresses from around 77,000 years ago—and if that isn’t interesting enough, it turns out modern humans aren’t the only ones concerned about bugs between the sheets! The ancient sleeping mat’s top layer was made with insect-repelling leaves that scientists believe were used to ward off bed bugs.