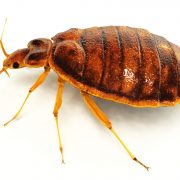 In the past 10 years, bed bugs have begun making a comeback across the United States. Their diet consists only of blood. Bed Bugs feed like mosquitoes by extracting blood from their meal source whether it is humans, animals or birds. They are totally incapable of eating food like
other insects or mammals. Ant and roach baits have no impact. Aerosol bombs for fleas or other insects don’t work either other than making the bugs scatter to different areas of the same room or to adjacent rooms. International travel and commerce have facilitated the spread of these insect hitchhikers that have been found on airplanes, ships, trains and buses.

Bed bugs are most frequently found in dwellings with a high rate of occupant turnover. Hotels and motels certainly fall into that category along with college dormitories and apartment complexes to just mention a few.
Eradicating bed bugs is more difficult and more costly than dealing with other types of pests. Residents inadvertently bring bed bugs home with them when they go away for vacation and/or business. Moving from one apartment community to another can also help spread the problem. Traditional pest control methods, which emphasize the routine application of pesticides often
ignore the root causes of infestations, allowing bed bug populations to persist. 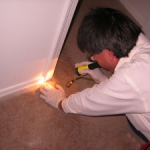 Effective management and treatment involves the commitment of both the resident and landlord. An Integrated Pest Management Plan promotes the prevention of infestation through education, inspection, and other preventative measures. Consistent information to both landlord and tenant, early detection, and application of treatment to targeted sites, will help prevent spreading the problem, make for happier tenants and a better “bottom line.” 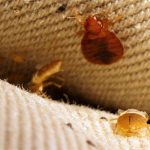 Worst Bed Bug City” is an award that nobody will show up to receive. But while bed bugs are active in all 50 states, some urban areas see more infestations per year than others. Let’s look at the cities that are the unlucky winners for 2019:

Columbus has retaken the rank of one of the worst bed bug cities in America. But with less population, less travel, and colder winters than many other cities on the list, how does Columbus keep coming up as number 1?

Like with other cities, the popularity of Columbus is definitely a factor. As one of the fastest-growing cities in North America, Columbus features both a bustling urban populace and a rapidly expanding metro area made up of suburban communities. This means that both urban pedestrians and local commuters face a risk of crossing paths with bed bugs in the city’s many public places.

While not as warm year-round as the southern bed bug cities on this list, Ohio’s capital still has long, hot, and muggy summers thanks to its humid continental climate. The average daily high is over 60 degrees Fahrenheit for more than half of the year, and the cold and dry winter period tends to come on gradually rather than snap in overnight. This works out favorably for bed bugs that have grown accustomed to the same temperatures that humans are comfortable in. 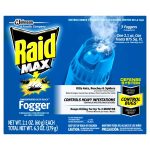 Research supports the view that total-release foggers lack the ability to penetrate into typical harborages used by many household insects, therefore rendering these products ineffective as control agents.

Field-collected bed bugs typically were not affected by direct exposure for 2 hours to the fog, hence resistance appears to play a role in the foggers failure to kill bed bugs. 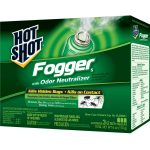 The potential behavioral effect of foggers on bed bugs needs to be evaluated as it may increase the difficulties associated with bed bug control. In fact, an increase of movement and or relocation was detected. 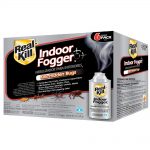 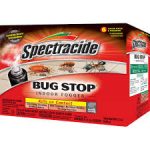 Traumatic Insemination, is the mating practice of bed bugs, in which the male pierces the female’s abdomen and injects his semen through the wound into her abdominal cavity. 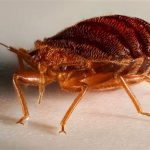 The common bedbug is an insect that feeds on human blood. They are often found near sleeping areas in the seams of mattresses, box springs, cracks and crevices in bed frames, and usually spread to gaps behind baseboards, pictures, wallpaper and electrical outlets. They may hitchhike into a home on used furniture, clothing or other items brought from infested areas.

Try not to be alarmed if you find out that you have a bedbug bite. Bedbugs are not known to carry diseases, even though allergic reactions are possible. If you have bedbugs, with help, you can eliminate them for good; but the best thing to do is be vigilant in prevention.

There is no magic bullet to use against bedbugs. Once you have identified a bedbug infestation, you will probably require the help of a professional. In order to prevent the spreading of bedbugs to other areas, do not remove any bedding or other items to another room in an effort to relieve yourself of the problem.

This may very well cause the spread of the problem to another area. Do not share clothing or other items that have been in the room with other people. Until the problem is identified and solved, all precautions should be taken to insure that the problem remains isolated so it may be adequately treated and solved.

It normally takes months for a severe infestation to spread to other rooms within the same general area. The probability that it has spread is very minimal. The pest control technicians will be able to evaluate the situation and determine if there is any indication that additional inspection and/or treatment is necessary. 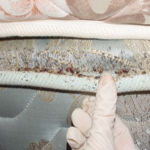 Our treatment plan for the infestation is to perform all treatments with the safety of the resident as the primary concern. We also want to make sure that we have eliminated the problem, but in a safe manner.

Places of business are generally not ideal for bed bug infestations to become established because there is little opportunity for the bugs to feed on sleeping or stationary persons.

While reproducing populations of bed bugs may not develop in such places, they may serve as hubs for the accidental transport of bed bugs by workers to their homes and to places they frequent during the day such as restaurants and other businesses.

Heat kills bed bugs at a core temperature of 120º for 20 minutes!

Types of heat treatments are:

Success in bed bug service is generally declared when no new evidence of bed bugs can be found and verified.

Because of the cryptic nature of bed bugs, it is difficult to be 100% sure that all bed bugs and eggs have been eliminated.

Tech should base their schedule of follow-up inspections on the treatment process they use. Follow-up services may include: 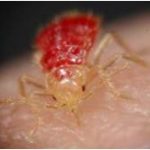 When temperatures drop, many of the bugs that bite or sting us like fleas go into a sort of hibernation mode. So, it makes sense to ask whether or not bed bugs do the same. But the way bugs hibernate isn’t the same as the way many animals hibernate. Bugs go into a low-energy state called diapause, just like it sounds, it’s a state of  pause in their development.

Bed bugs live almost exclusively inside where temperatures are controlled. If the temperatures in a home feel like spring or summer, bed bugs will have no problem being active. Not only are bed bugs active during the winter months, they spread during the winter months. If you just went somewhere for the holidays, it is possible that you brought bed bugs home with you. Bed bugs spread more when we travel more. And, if you have college-age children, it is possible they could have brought them home during the holidays.

If bed bugs are exposed to temperatures at or below 0℉ for a period of approximately four days, they will die. According to an article from the  Yale School of Public Health, the female bed bugs are even harder than the rest. Female bed bugs have a super cooling point, the temperature at which the bug will freeze, of around -20℃ or -4℉. Though bed bugs can survive at low temperatures, the article also states that development may be halted at temperatures below 50℉, meaning bed bugs may remain as a nymph until the environment is warmer.

Home freezers often do not reach temperatures severe enough to kill bed bugs quickly, so freezing time will probably need to be extended. Additionally, internal temperatures of these freezers may fluctuate, especially with frequent opening and closing. Deep-freezing at temperatures below -30℃ or -22℉ for three to four days is most effective in killing bed bugs. 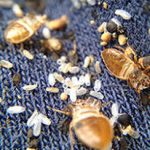 Even if bed bugs do survive cold temperatures, studies have found egg production and hatching success to be reduced. That being the case, cold temperatures are not completely useless when it comes to eradicating a bed bug population. 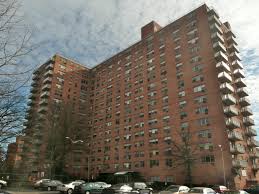 Early detection and prompt, effective action is critical to prevent bed bugs from becoming established in an apartment building or buildings. Once established, bed bugs are among the most difficult and expensive pests to control. Success demands aggressive action and perseverance in tracking down and eliminating every last bug.

The purpose of the inspection:

An initial bed bug inspection should include at a minimum:

Inspection outside the Bedroom:

The goals of a comprehensive bed bug inspection should be: