While usually harmless, bats of all types can cause problems for homeowners and business owners alike. Typically, the average bat ranges from 2 to 8 inches in length, boasts a wingspan of 7 to 16 inches and weighs in anywhere from nearly nothing to a few ounces at most. Often times they are found hanging upside down in dark places during roosting periods, such as during the day, and scavenging for food during their active times at night.

If you believe you have a bat problem in your home or commercial property and require assistance with bat removal in the Philadelphia metro area, give us a call today or use the contact form below!

Get Help with Bat Control in Philadelphia Today! 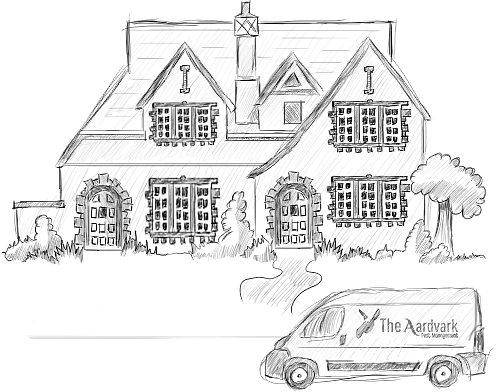 Control bats can be a tricky task to handle. They require only a 3/8 inch gap in walls or roofs to be able to gain entry. The first step in bat control is to inspect the property at dusk to determine the size of the infestation while they are leaving for their nightly feeding. This inspection also allows pest management professionals to visually inspect the area of which the bats are using as an entry and exit point in the building.

The next inspection is done during the day so that we are able to fully identify any problems with the building with ample sunlight available, as well as making it easier to identify which species of bat you are having a problem with and what control method would be best for the specific problem.

While bats have been portrayed as evil and dangerous creatures in Hollywood movies for decades, we know that they aren’t all that they have been made out to be. However, there are certain health implications that must be taken into account when dealing with bat removal in Philadelphia.

While it is rare to encounter, bats have been known to carry rabies. However, chances of transmittal are relatively low because bats often avoid interaction with humans, and vice versa. If you have been bitten by a bat it is important to seek medical attention immediately as you may require a rabies shot. If you can bring the corpse of the bat to be tested for rabies you may be able to avoid the shot, but it is best to consult with your medical doctor.

Looking for bat droppings in an attic of closed space is a good way to determine if an infestation is present. Bat droppings, or guano, are irregularly shaped and usually contain insect parts. Typically, the guano is dried and is usually the size of mouse droppings.